GLOBAL CITIES: Housing Prices in Major Urban Centres (One in a Series)

The first in a new series, Housing Affordability in the Greater Golden Horseshoe, this report places housing prices in the GGH in a global context.

"Understanding the factors contributing to upward pressure on housing prices in the GGH provides the necessary context for policy and planning tools to address concerns of affordability, access and equity in the housing market, in order to create the sustainable and prosperous communities of the future."

Read the full report below. 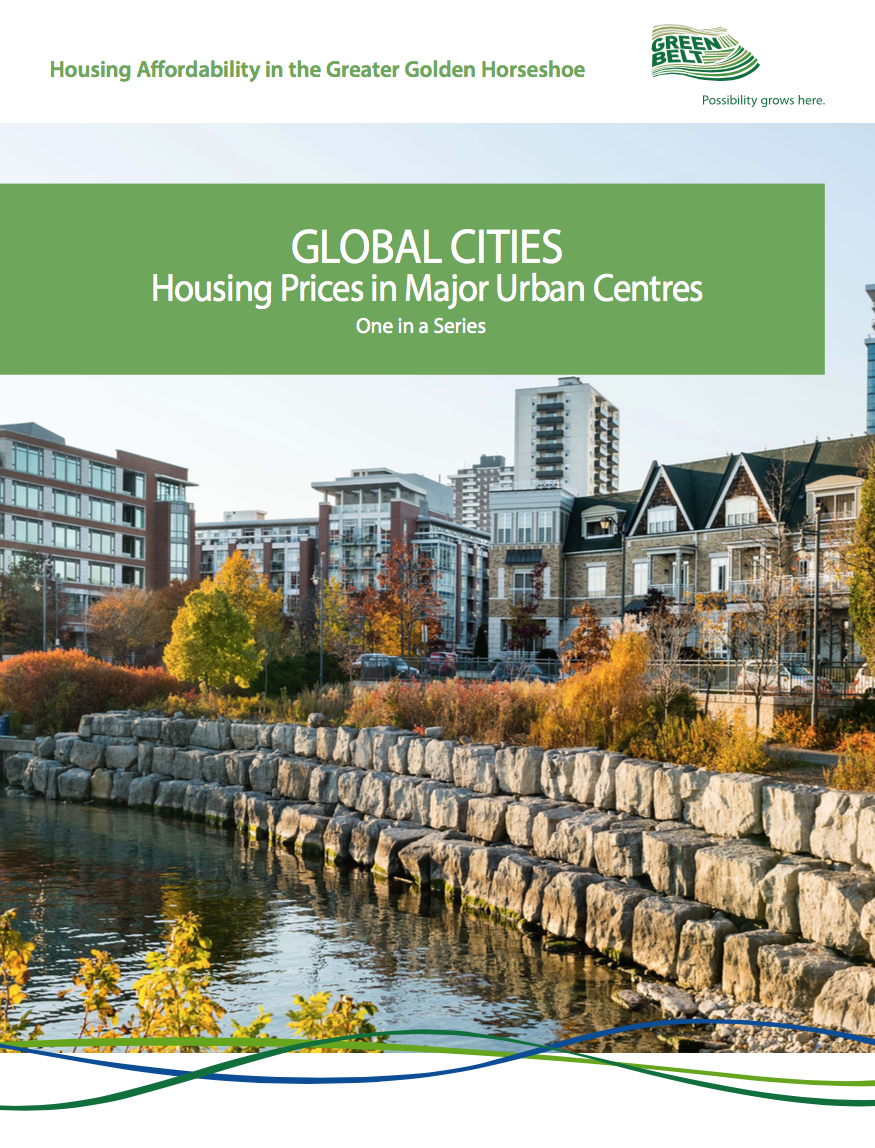 Stay tuned for the next report in the series! 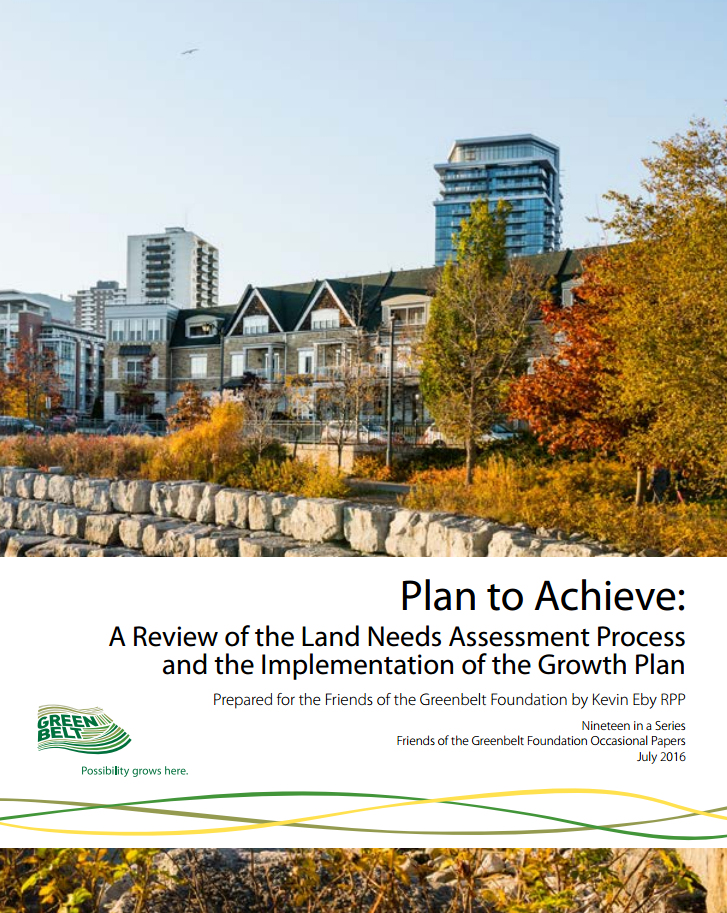 A new report in the Friends of the Greenbelt Foundation Occasional Papers reviews the Growth Plan and other land use policies, and finds that a flawed approach to Land Needs Assessments (LNA) is leading to continued sprawl which is undermining the Growth Plan. 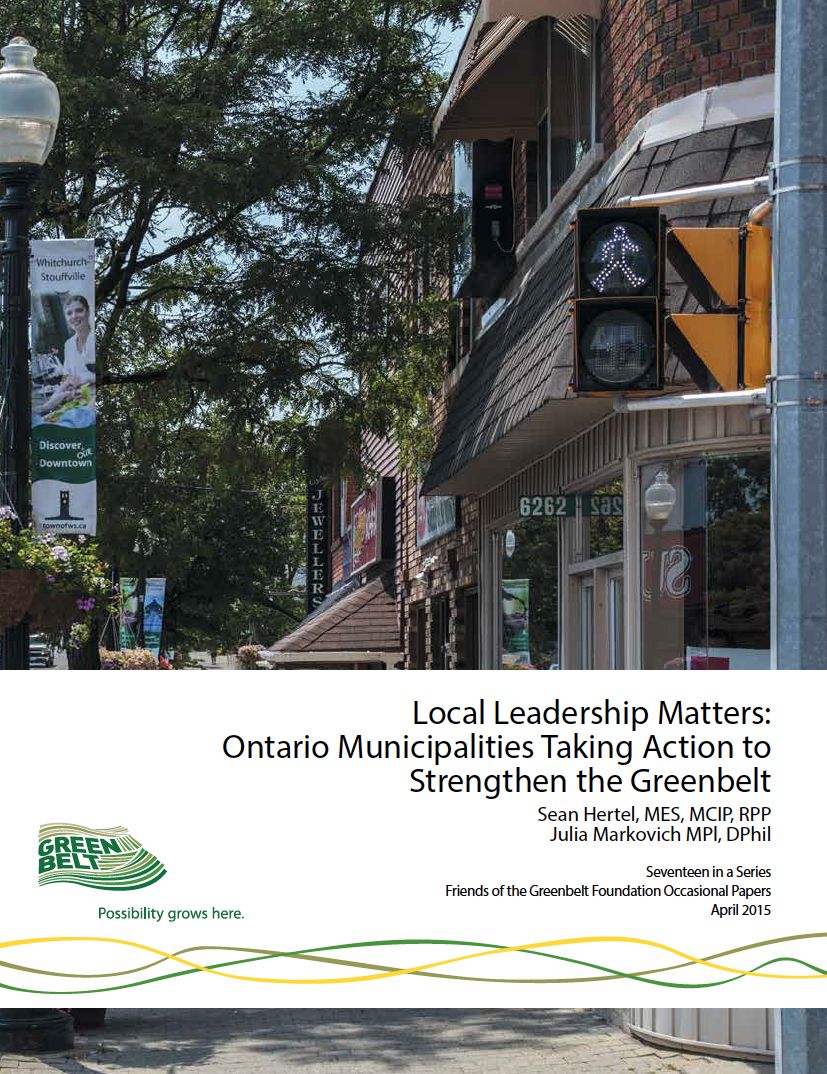 The latest research from the Friends of the Greenbelt Foundation looks at a mix of initiatives and tools 30 municipalities are using to enhance Ontario’s Greenbelt.

Examples of municipal projects include:

For more background see our 2011 report, The Living Greenbelt

Priced Out: Understanding the factors affecting home prices in the GTA 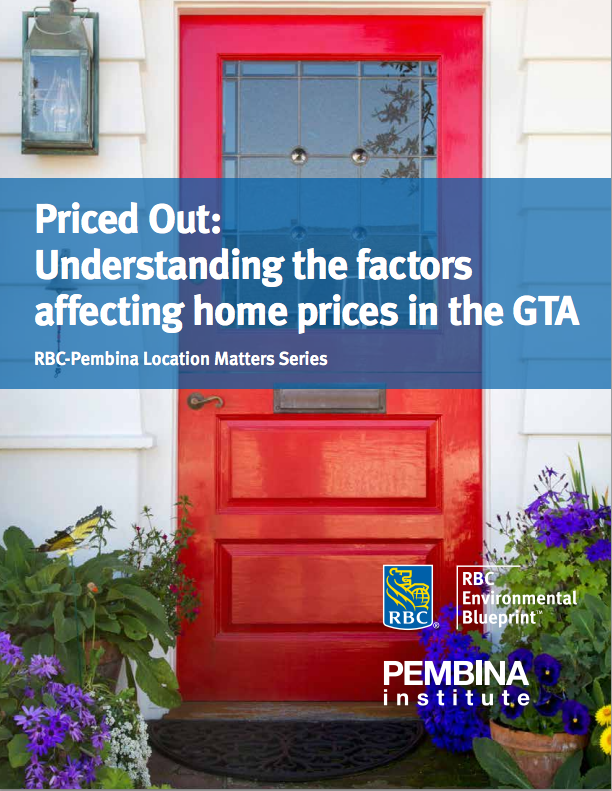 Priced Out: Understanding the factors affecting home prices in the GTA – 1MB

Royal Bank of Canada and the Pembina Institute’s Home Location Study released in 2012 found that over 80 per cent of Greater Toronto Area residents would give up a large home and yard to live in a "location-efficient"neighbourhood that is transit-friendly, walkable and offers shorter commute times. However, more than 70 per cent of residents in the GTA live where they do because of affordability rather than preference.

Priced Out is a follow-up study researched and written by the Pembina Institute, co-published by RBC, that explores the factors contributing to rising home prices in the GTA, and how homebuyers are being "priced out" of location-efficient options.

Inside and Out: Sustaining Ontario's Greenbelt 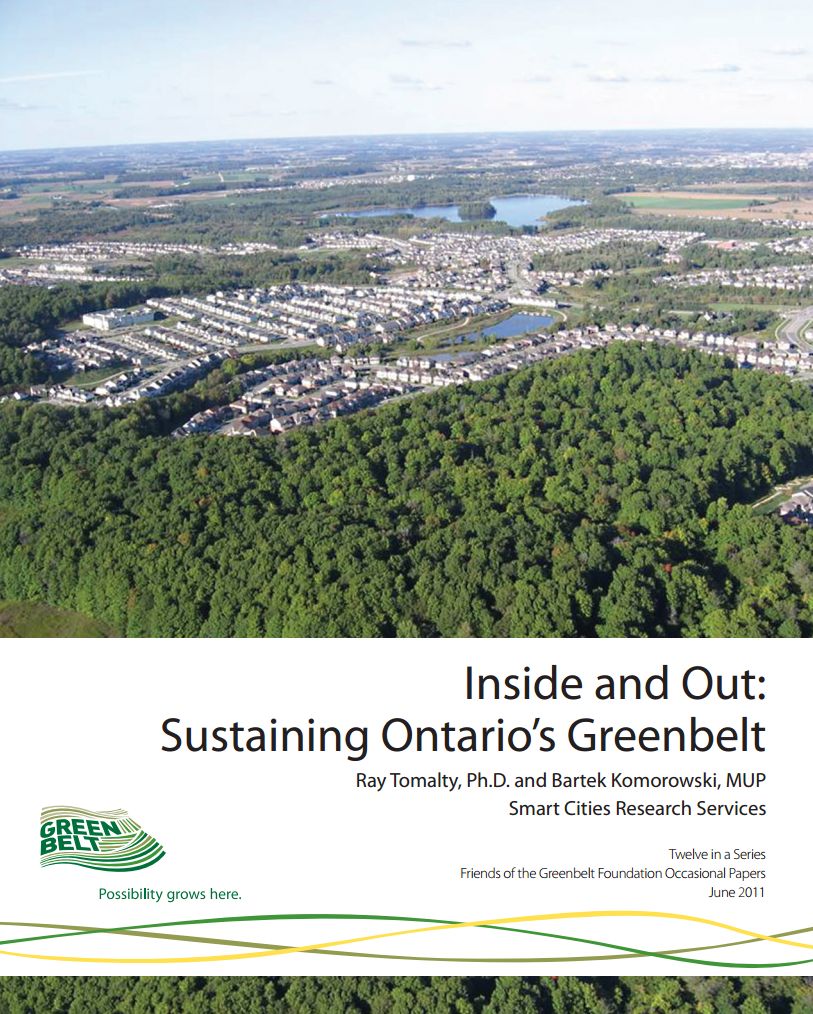 Developers, planners and environmentalists can all wave their "whitebelt" flag. A new study shows that the area between the Greenbelt and urban growth boundaries, nicknamed the "whitebelt", contains enough land to accommodate development for several generations.

In fact, expansion plans for the next 20 years in the regions of Durham, York, Peel, Halton, and the City of Hamilton only allow use of approximately 17 per cent of the "whitebelt" for development. This leaves nearly 83 per cent of the "whitebelt", or 120,000 acres of land, untouched until 2031 providing decades of land for housing, industrial and commercial development.

Ontario's Greenbelt in an International Context 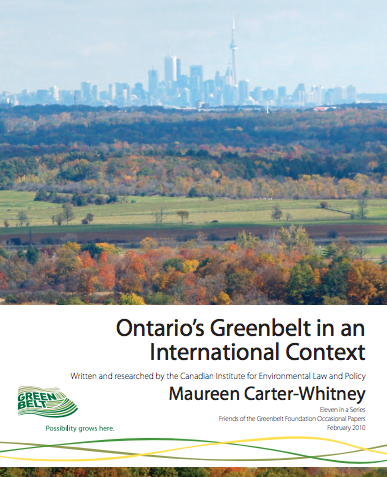 The goal of permanently protecting Ontario’s Greenbelt is central to the vision articulated in the Greenbelt Plan.This report documents the experience of greenbelts around the globe and identifies lessons applicable to ensuring the permanence of Ontario’s Greenbelt, which this year achieves a five-year milestone. [The eleventh installment in the Occasional Paper Series presented by the Friends of the Greenbelt Foundation.]

"Ontario's Greenbelt in an International Context" authored by Maureen Carter-Whitney